Dream of Hamlet is a modern interpretation of Shakespeare’s Hamlet in shadow theatre. After moving to America and settling down there, Karagoz sets up a theatre with a close friend and decides to stage Shakespeare’s immortal piece of work. When the characters of Hamlet were reincarnated in different costumes and shapes in a Karagoz performance, what appears is a colorful and robust experimental theatre full of laughter, quick-witted humor and irony. In this lively show, the Anatolian puppet theatre Karagoz, a living tradition with 700 years of history, brings a modernist approach to the British playwright Shakespeare’s signature play by reconstructing its characters and theme in an entirely different context. 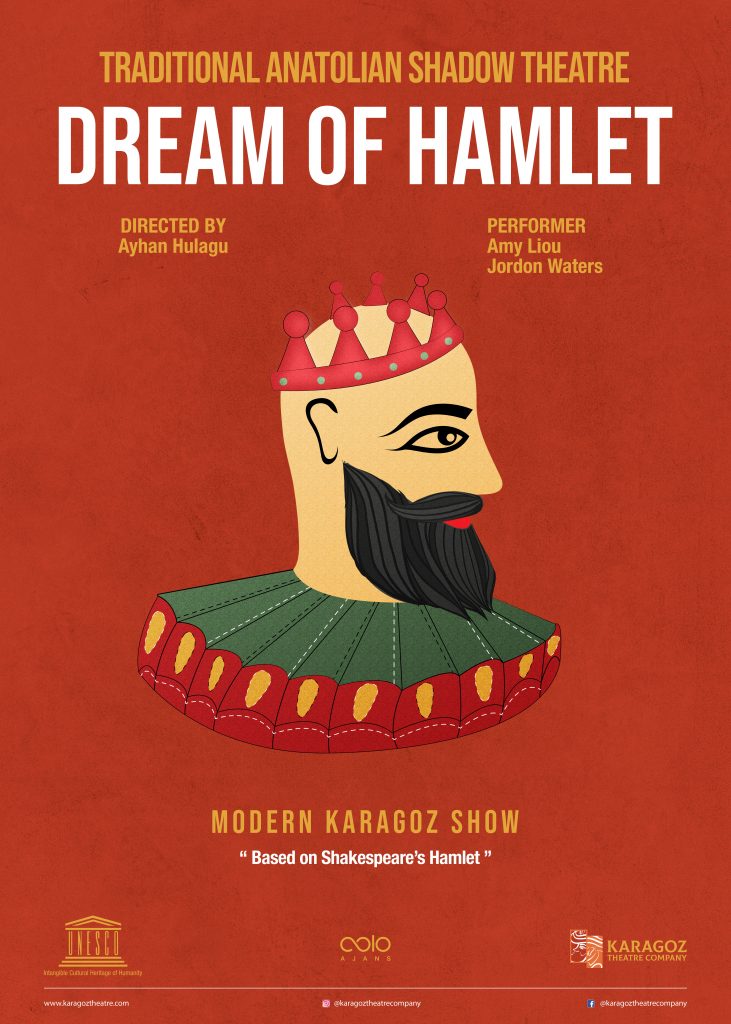 Karagoz and Hamlet, the defining cultural hallmarks of two diametrically opposite traditions, come together on the same stage in this new experimental play. This becomes possible thanks to the creative storytelling and boundless imagination of Ayhan Hulagu, a promising young artist living in the U.S.

All the characters in the play have been re-designed as two-dimensional puppets. As in the traditional shadow theatre, the figures representing characters are made of the leather of camel and water buffalo. They are adapted into the play after being painted with special tools. While presenting a modern story, Dream of Hamlet uses all the subtleties of traditional art. What distinguishes this special occasion is the fact that the whole play is performed by only one artist. This is no small challenge when considering the existence of at least 35 puppets during the show.

The play is created and directed by Ayhan Hulagu. The association with Hamlet Isn’t Dead brings a modernist approach to Shakespeare’s signature play by Amy Liou and Jordon Waters.